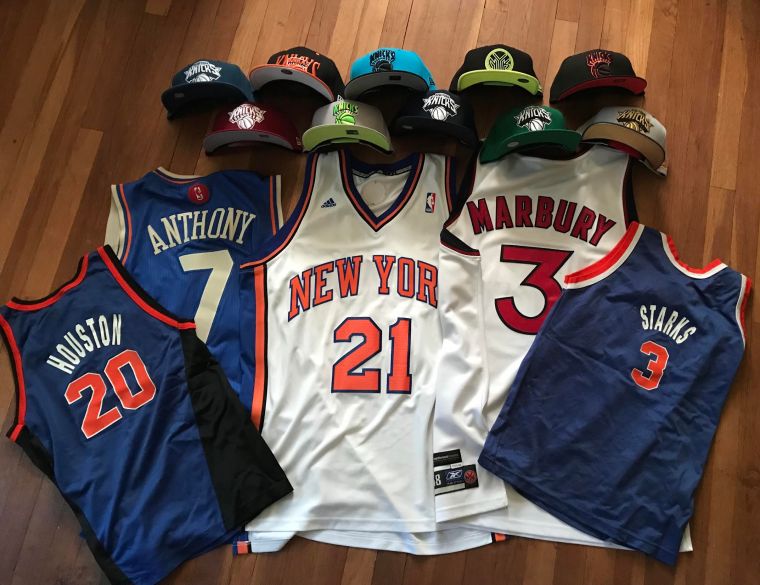 Everyone has a reason why they fall in love with their favorite team.  For me, I fell in love with the New York Knicks for a couple of good reasons. You’re going to have to thank my grandfather and dad for that. Like many kids growing up in the New York City area, heading to Madison Square Garden was a thrill. Hopping off the LIRR, walking through Penn Station and heading up those stairs into the lobby was like nothing else. You could fell the energy of the crowd the moment you get inside. It was easy to understand why they call it the Mecca of basketball.

From a very young age, there was one thing I loved more than anything else; the passion this city has for one team. When the Knicks play at home, the Knicks are the only basketball team that has “New York” across their chests. They don’t share the city with anyone. And even though the Nets recently moved to Brooklyn, the Big Apple belongs to Knicks. Anyone who knows anything about New York basketball knows that. Thats just the bottom line. There is something to be said when a team can unify the biggest of rivals. In a world that seems so divided at times, the Knicks have been known to bring New Yorkers together for years. Remember when Larry Johnson hit the famous “4 point play’?; you saw Mets and Yankees fans hugging it out. Rangers and Islanders fans couldn’t stop giving each other high fives when they saw John Starks dunk over “The G.O.A.T” Michael Jordan. And Giants and Jets fans were loving life when Jeremy Lin showed up at the Garden and “Linsanity” took over the city.

Madison Square Garden is such a special place. Whether the team is winning or losing, if there is excitement or frustration, its always sold out. Always. And thats why road teams and opposing players love to suit up and play there. The Garden is the biggest stage in the NBA, if not in all of sports. The games brightest talent gets to play in front of the brightest lights and the worlds biggest stars who are sitting in the front row. Win or lose, Knicks fans feel like they can be a part of something bigger than just being an average fan. Its easy to relate to this team. The hype, the high expectations, the disappointment, the heartache and most of all, the hustle. All of us know that being a Knicks fan is different. Its special. And for all the hard times we have faced, envisioning the day when “The City That Never Sleeps” will shut down to celebrate a NBA Championship parade makes being a loyal fan even easier. When that day comes, it will be like no other parade in sports. Its the Knicks, its New York and it will be so worth the wait.

You may be wondering why I feel so strongly about the Knicks and what my reason is that I fell in love with this team? Like I said earlier, there are a couple of of good ones. Let me give you the first one. My grandfather went to Abraham Lincoln High School in Brooklyn, and was always a fan of their sports teams, especially basketball. He was super excited about this young kid on their team who was starting to get a lot of national attention. His name was Stephon Marbury. My grandfather took me to a game and I’ll never forget the crowd I saw when I walked into the gym. I was immediately hooked. Marbury quickly became “my guy” and I began following the young superstar from his days playing in Brooklyn to Georgia Tech to his debut in the NBA with Minnesota Timberwolves. My man Marbury eventually made his way to Jersey to play for the Nets, which made things a little difficult for me as you could probably imagine. He was my guy, and I ended up rockin’ Nets Marbury jerseys even though I bled blue and orange. This guy had me going to Meadowlands to watch him play as much as I was going to the Garden. But then it happened. My favorite player, Stephon Marbury was traded to my team, the New York Knicks. Its was meant to be. My guy, my team, my city. Marbury brought life and excitement back to the Garden which was missing since the days of Patrick Ewing and company. Marbury got us believing again. An although his time in New York didn’t end the way I had hoped, he was a major reason why my love for this team grew even stronger.

My father graduated from Syracuse which gave me a good reason for them to become my favorite college basketball team. So you know where this going, right? Just like Marbury at Abraham Lincoln, Syracuse basketball introduced me to Carmelo Anthony. This kid shows up on campus and brings home a national title in his freshman year and I was hooked. I followed him as he made his debut into the NBA with the Denver Nuggets and quickly became one of the NBA’s brightest stars. And then just like that, another one of my favorite players found his way back home to New York and was traded to the Knicks. When ‘Melo arrived in the Big Apple, you could feel the excitement, the optimism and the hope that Knicks brightest days were ahead of us. For the first time in years, we had a legitimate superstar leading the way. And like so many other Knicks fans, I believed he would lead us to the promise land. He did his thing, there is no doubt about that. He led us to the playoffs, gave the fans a 54 win season and even played in the All-Star game in front of his home crowd.  And although the team showed glimpses of greatness, the came up short of bringing home a title. And we all know, it didn’t end well for “Melo in the Big Apple. After ? years in blue and orange, he was traded to Oklahoma City this off season.

It hasn’t always been easy being a Knicks fan. Lets get that straight. Everyone knows about the disaster that was the Phil Jackson project, the Charles Oakley ordeal and an owner who seems to rub his fans the wrong way at times. But thats life as a Knicks fan. Thats life as a New Yorker. Nothing comes easy for those that hustle.

Even during the darkest of days; the fans continue to weather the storm and they keep coming out to support this team. They keep fighting, hustling and believing. Thats what Knicks fan do. Thats what New Yorkers do. Thats what I do. The day of Marbury and ‘Melo are long gone and I cant deny that. But my team has New York across the chest. They have some young talent now who are showing a ton of heart nowadays and have fans hyped. The future is bright. But isn’t that how it has to be when you root for the Knicks. I mean how bad can it be when your team plays in a garden right in the middle of the big apple. I’m not sure if there will ever be another Marbury to me, or who might stroll in with the expectations that came with ‘Melo, but I do know this….no matter who it is, they’re going to do it in the Mecca of basketball – Madison Square Garden.